Gossiping about others is a habit that many of us fail to fix. It can be so tempting to share judgmental thoughts to another person, but just because the person you’re talking about can’t hear you doesn’t make it okay. You wouldn’t want others saying rude things about you to their friends, so you shouldn’t do it either. Many people don’t take the time to think about this, which causes their gossip to get out of hand and hurt others in the end. However, even if you refuse to talk behind someone’s back, there will still be others that do it. Instead of just letting it happen, try your best to stop this negative conversation before it gets out of hand.

Try to Change the Subject

If you hear someone starting to gossip or talk badly about someone else, then the easiest thing to do is to change the subject. Instead of acknowledging the hurtful topic, try to switch it to something more uplifting. Most likely, the other person will be able to take a hint, but even if they don’t realize what you’re doing, you will still be able to distract them. Sometimes people just like to gossip because they have nothing better to talk about, so by changing the subject, you could avoid the negative conversation completely.

Defend the Person They’re Talking About

Even if someone is talking behind someone else’s back, you don’t need to agree with them. If you feel that someone is being too harsh or hurtful, you should try to stand up for the person they’re talking about. Point out their good qualities and try to redirect the conversation in a kinder way. Don’t just go along with other people’s dislikes and comments toward others. Make sure to stand for what you believe in so that no one gets hurt.

Ask Them to Stop

It might seem like a simple task, but simply asking someone to stop can actually be much more difficult than it seems. Many people don’t like being told what to do, which is why this action might not go smoothly all the time. However, it is important to be honest, so if you don’t like someone talking behind someone else’s back, then you should let them know. Ask politely, of course, but don’t be afraid to tell them the truth. The nicer you are with confronting them, the more understanding they will likely be. Not every person will listen to your requests, but you should still try in order to stop an unneeded conversation. Sometimes others don’t even realize they are being hurtful until it is brought to their attention.

Instead of just defending the other person or politely asking for the conversation to end, you can try reasoning with the person. Explain to them why this kind of gossip is not okay. Help them realize that they would not like it if it was the other way around. Sometimes all people need is a pinch of reality to realize that how they’re talking is not very kind. This method won’t always work, but sometimes, it can help to open someone’s eyes to kindness and can stop them from making the same mistake in the future.

If All Else Fails, Walk Away

Some people just will not listen no matter what you do. If that is the case, then you need to get out of that negative situation. It is not good to hang out with people that are purposely trying to bring others down. In these types of situations, it is perfectly fine to just walk away. If you continue to hang around negative people, they could think you support their viewpoints or agree with their insults. If these are the types of situations you want to avoid, then just walk away and try to spread kinder conversations instead.

You can’t control how everyone around you acts, but you can definitely make a difference based on how kind you choose to be. Always try to think about your comments before you say them out loud. This can help to avoid conversations that are unnecessarily mean or hurtful. We should want to make those around us feel better, not bring them down. Therefore, always talk kindly about others, whether they are in the conversation or not.

4 Ways Meditation Can Help You Become a Kinder Person

Kindness Around the World 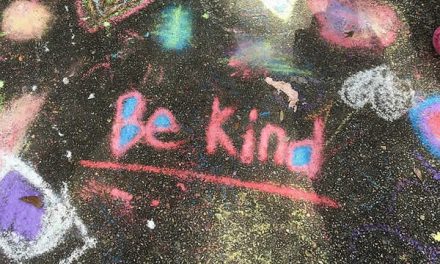 26 Quotes That Will Inspire You to be a Kinder Person

Saying Hi to a Special Stranger