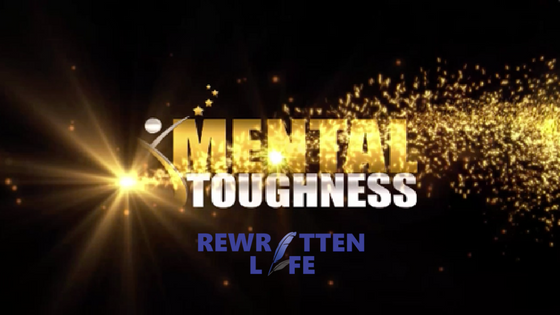 Today I want to touch on a topic that is near and dear to my heart… For anyone that knows me, they know that the biggest thing I preach, as a coach, as a father, to myself — is mental toughness.

Mental toughness is the biggest key (at least one of the top keys) to having a successful life. No matter what you are doing in life. I could throw out example after example — and I will here in a little bit.

But first let me just touch on what I mean by “Mental Toughness“.

Mental toughness is being able to do the right thing, make the right decision, in times of weakness.

Can you break through however you are feeling and exhibit mental toughness and still do the right thing. It’s not easy — nobody said it was easy. If it was easy, everybody would be good at it. But it’s critical as you grow in life in any aspect.

Because a lot of kids these days don’t have it! So, how do we teach our kids mental toughness? And why is that important in our kids?

So I urge you as a parent to teach your kids that quality and preach to them the importance of it. Teach them why they need to keep their mind tough as they grow up.

In youth sports, or any sports for that matter, mental thoughness is critical. I played basketball all of my life — was an All State player in high school, was an All American player in college and had a successful career. I wasn’t the most athletic guy, I could shoot the ball well, but what I had on most people was more mental toughness.

And that’s what you have to do. You have to have mental toughness, and kids these days that I see in a lot of youth sports, are lacking that. And it’s our job as parents, coaches, mentors to teach them that. They will get a lot further in their sports careers with that quality.

One of the biggest ways they can exhibit that is when teammates screw up. How are they going to react? Are they going to pout and cry? Or are they going to say “you know what, if I act positively to this. If I give this kid a boost. I know he’s struggling. Who cares — I’m going to give him a positive boost.”

Guess what that’s going to do three plays down the line. It’s going to show that kid that he has the support of his teammates, especially the ones that DO give him positive reinforcement. That’s all mental toughness driven.

And so it takes a lot of mental toughness to fight through the temptations that are out there. Temptation to stay up late and go out, temptation to sleep in, temptation to do 30 minutes of work and then watch a TV show. Those are all there as an entrepreneur.

As an employee, back when I worked at Caterpillar — yes, I was in a corporate job for 15 years at a Fortune 100 company. The same kind of mental toughness applied there. Nobody is looking over your shoulder every second but you gotta get your work done. You have to show up on time to those meetings. You gotta show up on time to work.

How are you going to react when your boss criticized you and tells you, “hey you didn’t perform well on this.” How are you going to act to that? A mentally weak person would throw a fit, stomp out, cut their boss off. A mentally tough person is going to respond in a positive way. “Ok sir, how can I do better?” or “Ok maam, what do you suggest for me to do better. I apologize for that. Let’s get better.”

Lastly, in your family — with your wife, spouse, husband — a lot of mental toughness comes into play. A lot of times that you think you are right.

Maybe you are in an argument and again — how is your mind going to react when your wife comes to you and says, “You are wrong on this.”

Or maybe comes up and says, “Hey honey, I spent $200 on a pair of jeans today.” OH NO! How are you going to react? I’m not saying you can’t criticize, correct, talk through it. But it’s the manner you do it in. It’s the initial reaction.

And if you build mental toughness into your life and mind. Things won’t be as reactionary. Things will be thought out — or your reactions will be in a positive tone and better planned which makes them better recepted on the other end.

I will close off with two personal stories. When I was 25-26 years old, living back in Illinois — I’d always go on runs with my 2 year old Drew. He would be in the jogging stroller and was like 1-2 years old. I remember, even to that day out of college, working, wife and kid — I would talk to him as I was running.

Could he understand it? Not sure — but it was getting into his mind. Anytime I would want to stop, I would say to him. “Mental toughness baby! Mental toughness! Push through dada, push through. Fight through this pain. You can do it!” I would say positive reinforcement and he would hear that.

Then as he got a little older, it was funny, if I would start slowing down or if I would stop and walk I’d hear a little voice come from the stroller… “You can do it daddy!”

And so I knew right there I was building positive qualities in him as a two year old. Just that mindset of WHY are you stopping? Did he really understand what he was saying? Probably not being he was 2. But the fact that he was doing that at that age, I hope, is still in him today.

As I seem him grow and develop, I see a lot of those same qualities coming out in him now. And I would like to think he has great mental toughness as a 14 year old right now.

Ok, the final thing I’ll leave you with today… In college, I played basketball as I mentioned earlier. I got the opportunity to play against THE Michael Jordan. The best to ever play. THE GOAT! LeBron James fans can just go away! 🙂 Michael is the best ever.

Anyways, I got to go to his camp every single summer and work with him. I would see how he operated and ran the camp. I was one of the counselors four years in a row. Big Division 1 players such as Shawn Marion, Mike Bibby, Jason Terry, Vince Carter were always counselors.

Then guys like me, Division 3 player from Elmhurst. Just there because of association — but I still treated it as I belonged. I soaked up everything I could from Michael.

You know — if you study greatness, those greatness qualities will start seeping into your DNA.

One of the things I’ll never forget and made me smile, is somebody asked MJ “Michael, your Bulls weren’t always the best team on the court. There are some really good players making it really hard on you day after day. How is it that you won six championships in a matter of eight years. What is it? Are you just that much more talented and better than everyone else?”