From the Mouths of Babes: Listening to Our Children

“Too often we underestimate the power of a touch, a smile, a kind word, a listening ear, an honest accomplishment, or the smallest act of caring, all of which have the potential to turn a life around.”
-Leo Buscaglia

Throughout my childhood, my father took every opportunity to impart his wisdom on me and my siblings. My father’s hope was that he would raise kindhearted, intelligent and driven human beings that would one day impart their own wisdom on his grandchildren. This was how my father contributed to changing the world for the better.

The bit of wisdom I remember most clearly is this: It is important to listen. He would jokingly say, “Children are best seen and not heard.” It drove my siblings and me crazy. He always chuckled at our response. We would sarcastically say in unison, “We know, we know. Father knows best.” Although I knew he was joking about being best seen and not heard, I now understand that there is truth in what he said.

As an adult, I understand the point my father was trying to make. It wasn’t that my father didn’t want my siblings and me to talk. But he wanted us to concentrate on listening far more than talking because when you listen you learn. The Dalai Lama wisely said, “When you talk, you are only repeating what you already know. But if you listen, you may learn something new.”

Listening with the intent to learn isn’t always about collecting educational information. Many times, we listen to gain understanding and form a connection with another human being. The purpose is to have a good balance between listening and speaking.

But so many times we (especially as parents) want to be the ones speaking and not the ones listening. We want our children to hear us, understand us, and do as we say. We are so ready to respond to what they’ve said that we miss the importance of what they’ve said. How much stronger would our relationships with our children be if we focused on actively listening to what they were saying rather than on having the answers or directions on what to do next?

Sometimes I think my father should have written a manual on how to listen, because to this day I know my father valued my thoughts and opinions. When I had a problem or I was upset, he never listened with the intent to “fix” the issue. He wanted me to feel valued and important. My father wanted me to know that he was really listening and trying to understand. Many times, it was through this simple interaction that I would come to my own satisfying conclusions. But it took my father taking the time and energy to truly listen to me.

My oldest son loves to watch over his younger brother. From the time Matthew (my youngest son) was born, Corey (my oldest son) just knew it was his responsibility to watch out for Matthew. He is absolutely his “brother’s keeper.”

Corey takes this role very seriously. Sometimes he walks the line of being “bossy.” Matthew likes to remind him, “You’re not the boss of me!”

To which Corey responds, “Oh yes I am. Because I’m your big brother.”

They are ten and thirteen years old, and most of the time when Matthew has a problem he goes directly to his brother. When Matthew and I do have a conversation about a problem, (usually about his behavior and fighting in school), Matthew gets exasperated with me. During the latest confrontation, Matthew got frustrated and said, “Mom you don’t get it! Are you listening?”

From the mouths of babes, huh? I started to wonder, was I listening? I knew I heard what Matthew said, but obviously I was missing his point. That’s when I knew I need some help. I needed my father’s wise words.

RELYING ON MY FATHER’S WISDOM… AGAIN

My father reminded me that listening meant I didn’t only hear what Matthew was saying, but that I understood what he was saying. “To understand you have to ask questions,” my father said. “Make sure you’re asking him open-ended questions. This will allow him to explain himself and help you understand, because the answers, “No” and “Yes” don’t give any insight into what he’s talking about.” He also told me that it was important that I ask whether or not I was hearing Matthew correctly throughout the conversation. “This will let him know that you are with him in the conversation.”

He encouraged me to watch Matthew’s body language and to be aware that he was watching mine too. Matthew would pick up on whether I was really paying attention to him. I needed to focus my attention solely on him; giving him my undivided attention.

“Give him direct eye contact,” my father said. “Even if Matthew is avoiding eye contact with you it will help him see that you are listening when he does look up.” I knew that eye contact was important, but he also talked about giving Matthew a gentle touch on his arm or a hug too. This would encourage him to continue talking and make him feel more comfortable.

TIME TO PUT MY MONEY WHERE MY MOUTH IS

One day, during the drive home after school Corey and Matthew sat quietly in the back seat. I could tell that something was wrong with Matthew because he ignored his brother’s attempts to get his attention. Matthew didn’t even respond when Corey started to ask questions about a certain game for their PS4 (video games… now there is something I REALLY don’t understand).
When I parked the car in the driveway, Corey jumped right out. I asked Matthew if there was anything wrong. He handed me a note from his teacher. It read:

Matthew had difficulty following the teacher’s directions today. He refused to read to the class when instructed to do so. Please speak with him about his behavior.
Thank you,
Mrs. Flowers

My first thought was to correct him right away, to tell him that he was not to be disrespectful again or there would be consequences. But then I remembered my conversation with my father.

“What happened, Matthew?” I asked, ready to actively listen.

Matthew explained that earlier in the day he read to the class. I asked, “How did that go?”

He said that he had stumbled over a lot of the words and some of the other kids laughed.

“That must not have felt very good,” I said to show him that I sympathized with him.

“It didn’t. I was so embarrassed. My neck started to feel hot and prickly. Then because I heard them laughing, I kept messing up,” he shared. I reached around and patted his knee.
Then he looked away from the window and at me. Matthew continued, “So, later when Mrs. Flowers asked me to read again, I said no. I didn’t want the other kids to laugh at me again. I know how to read. There are just some words that I have to sound out. I felt stupid when they laughed.”

“Matthew, am I hearing you right that you didn’t want to read out loud again because you were embarrassed?”

“Yeah, mom. I was embarrassed.”

“I understand. I’m sorry that happened to you. I also know that you know how to read very well. Sweetheart, everyone has to sound out words now and then. Even me, even Mrs. Flowers. Would you feel comfortable explaining what happened to Mrs. Flowers?” I asked.

“I don’t know. She’s probably just going to tell me I still need to read out loud.”

“Well, sometimes in the midst of things we miss what really happened. Maybe Mrs. Flowers didn’t hear them laughing or understand how upset it made you. What do you think?”

“Well, how could we help make you feel more comfortable reading out loud?” I knew I had a couple of suggestions, but I remembered how my father allowed me to come to a solution for myself.

“I guess I could practice. I could read out loud to you and Corey. That would help.”

I listened to my son. I really listened. My father was right, sometimes it’s better to just listen and try understanding that it is to try to figure out how to fix the problem. I actively listened to Matthew, and in the process, I made him feel valued and important. I also learned that although Matthew was a pretty tough kid, he had a sensitive side. He knew he was wrong for disobeying Mrs. Flowers and that he should apologize to her. Matthew also knew that he really was capable of reading out loud, but practice would make him more confident. What a great problem solver he was!

“When I practice reading out loud to you and Corey, can we put tape over his mouth so that he won’t interrupt me?” 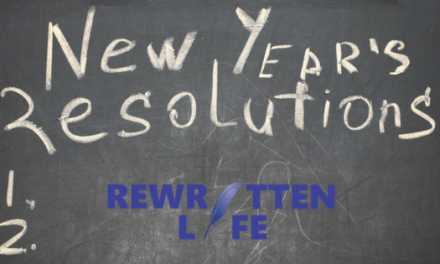 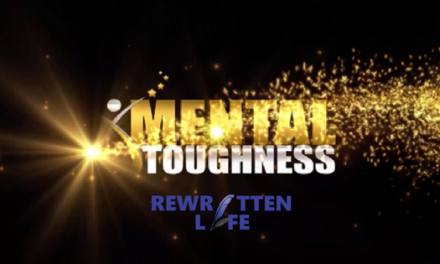 3 Small Ways You Can be Kinder to the Planet

7 Influential People Who Helped Make the World a Kinder Place