Do you remember the first time you heard someone say the phrase “my bad”? I definitely do.

It was during a pick-up basketball game. The year was 1997. I was about eleven, and the other kid was a few years older. The two of us were shooting around in the afternoon at church camp. I made a shot that went in, and as the ball bounced back toward me, the older kid swiped it away and went for a layup.

He missed. Then he realized he’d gotten ahead of himself, hadn’t given me my chance.

He passed the ball back to me, but I just stood there. Huh? I asked him to repeat what he said.

My…..bad. I got it, knew what he meant. It had a ring to it, a charm. Not “My fault,” “My mistake,” or, “Sorry.” It wasn’t an overdone apology. He didn’t have to show a lot of remorse or go out of his way by making it a big deal. He also didn’t treat it like an accident. The dude just owned up to his little affront.

The communication was clear: My error in judgment. And that was that.

Plenty of new phrases hit us for the first time and we don’t analyze them, but this one stood out to me. All kinds of shortcuts in language develop as excuses to get out of being honest with ourselves and others. We say “lol” when we’re not really laughing out loud, or “What’s up?” when we really don’t care what’s going on with someone else.

But “my bad” is just the right phrase. In short, you’re owning up to a mistake, even in a minor moment. We’re checking on ourselves in little ways as well as big, because sometimes there are those micro slights we deal to other people. We know what it’s like to receive them.

I’ve always been a grammar geek. While you may think grammar geeks hate a phrase like “my bad,” I love the intentional shorthand of the phrase. It shows that the “bad” is not a big deal, and you’re not going to be too hesitant to say it. It’s a little hip, too.

It can also show a kind of cool respect. When the older kid messed up, he didn’t condescend to me and treat me like a baby. He didn’t assume I would take it personally. He knew I could just brush it off. In a way, that small phrase is not only an apology, but a shared understanding that it’s not a big deal. It’s almost a punctuation.

But like with any phrase, you can abuse it. You can treat it like an incantation that absolves you of anything negative. It’s not the kind of thing to say at the funeral of someone you hit with your car, for example.

All humans make mistakes. If you need proof of that, consider the technical lapse in syntax that occurs when using the phrase “my bad.” True as ever, nobody is perfect.

To be kind, we need to own up to our errors, even the little ones. Put yourself in the habit of taking responsibility for the little things, and the bigger things might come easier. If you can’t look someone in the eye and tell them the bad belongs to you, what can you do?

In Latin, they say mea culpa. I am culpable. Just another way of saying, “This was an instance of wrongness on my part.”

Own up to your mistakes, great or small. If you don’t, they have a way of owning you, both the great and the small. Taking ownership of your wrongs is hard, but that’s why you can always start small. The larger wrongs will come easier, with practice—just like basketball.

In turn, be sure to tell others, “You’re good.” It’s just as important to be able to acknowledge when someone has done something good as when a misstep has been made, so don’t get too hung up on only focusing on when you make a mistake.  Affirming and validating others is key, and “You’re good” is a succinct way of doing that.

And, if you think that turn of phrase is too much to handle, all I have to say is, “My bad.”

Don’t Look Down On Others

Always Show Others That You Genuinely Care 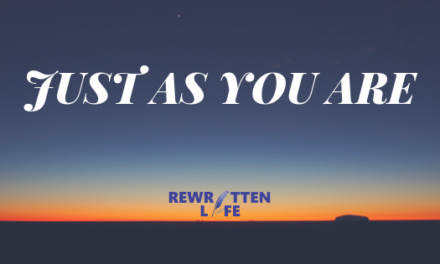 Just As You Are…