History is full of examples of people who dedicated their lives to acts of kindness. While countless people may fly under the radar, their kind acts going unnoticed, the deeds of some stand out for the impact and legacy they move forward.

One such person is Giovanni Bernardon, better known as St. Francis of Assisi, the Italian friar who founded the Franciscan order in the 13th century.

As a young man he went by Francis, and he grew up in a wealthy family. One day he was selling clothes for his father in the market when he was approached by a beggar. He quickly attended to a business deal, then chased after the beggar, giving him every penny in his pocket and leaving the velvet stand behind.

When he returned home, Francis’s father scolded him furiously for his foolishness.

Francis later joined a military expedition in Perugia and was captured by the enemy. Imprisoned and ill, he began to rethink his whole life. He began to have visions and renounce the extravagance around him. When his friends asked him if he was going to be married, he said he was, to “Lady Poverty.”

When he was only twenty-three years old, Francis performed an experiment in empathy. While on a pilgrimage to St. Peter’s Basilica in Rome, he traded his fine clothes for a beggar’s and spent the rest of the day begging in rags. This radical act of putting himself in the shoes of another cemented his desire to help the poor.

Francis eventually renounced his inheritance from his father. He went around begging for money to help restore churches and assist leper colonies. He devoted himself to a life of poverty, only asking for money to help in his religious calling, centered on serving other people.

In a year he had eleven followers, who like him wore only a coarse tunic tied with a rope. Before long, the Pope agreed for the Catholic Church to allow his group to become officially recognized as an order.

St. Francis of Assisi traveled the world spreading his example and message. He also set up the first ever nativity scene. After decades of strife during the Crusades between the Christian and Muslim world, the Franciscan order was allowed to stay in the Holy Land.

People have their own theories of when Francis’s transformation truly began. Many say that it began with his decision to help the beggar.

The pressure to live such a devoted life may seem like too much. Can you really renounce everything and live only from day to day on charity, with one outfit to wear and no luxuries at all?

But Francis did not start with his vow of Poverty. He started by stepping outside of his comfort zone. He saw a beggar, and rather than ignore him, he chased after the opportunity to help. Not only that, but rather than merely toss him a coin, Francis emptied his pockets of everything he had earned that day. Granted, some of it was his dad’s money. But this is what drove him to separate himself from reliance on his family.

It can always start small, but it can grow to something great. If you’ve ever encountered the Franciscan order, or even heard of it, just imagine how something so large that has existed for almost a thousand years. It began with a single decision to show extreme kindness to someone in need.

A single act of kindness radically transformed the life of one man.

Consider this quote from Francis of Assisi:

“Grant me the treasure of sublime poverty: permit the distinctive sign of our order to be that it does not possess anything of its own beneath the sun, for the glory of your name, and that it have no other patrimony than begging.”

Now consider that this began with a single notion, that a person needed some money, and he had the means to help. That was all it took for the seed to grow.

Imagine what your small act of kindness can do. 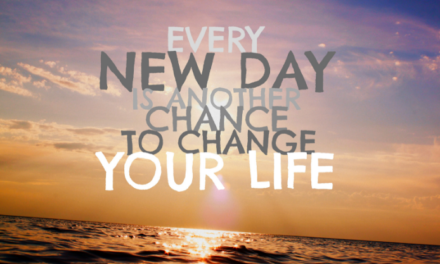 Every New Day Is Another Chance To Change Your Life 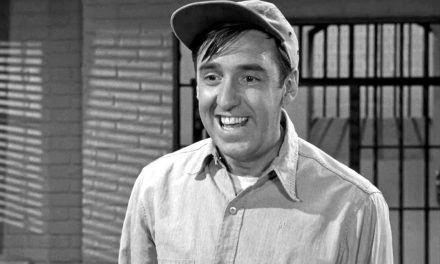